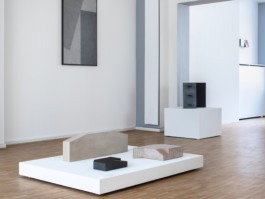 This new series, Design bites, unveil the backstage of contemporary creation. Tackling various topics from personal designer processes to the position of Collectible design on the global design market; these bites offer different views to suit all tastes. Today we talk with Atelier Jespers.

COLLECTIBLE: What are the challenges in presenting contemporary collectible design?

Atelier Jespers: Collectible design is an emerging market that is beginning to impose itself on the international scene whose creativity seems to be limitless. It represents more than a trend but a real new revolution as such the invention of the curving/ encircling of wood by Michael Thonet (1850), the introduction of the metal tube in the furniture by Marcel Brauer 1925 and finally the use of plastic for furniture manufacturing since 1941. As for any emerging market, everything is to be invented and discovered.

After more than 20 years defending the work of Charlotte Perriand & Jean Prouvé, I find again the enthusiasm of the first days. It is for me a real pleasure to support this new generation which will certainly impose itself in the near future. I bet that the value of most of these creations will certainly be led to reach very high prices in the future

“Belgian style” which could be defined as a sober refined minimalist is beginning to impose itself on the international scene.”

C: How do you position your city in the global design market, what makes your city unique, trends?

AJ: Belgium and Brussels are beginning to establish themselves as an important creative hub. I regularly discover new talents (Belgian or expatriate). It is incredible to discover such an abundance in such a small country. This dynamism is reinforced by the presence of a show such as Collectible Fair which highlights this new generation of designers. “Belgian style” which could be defined as sober refined minimalist is beginning to impose itself on the international scene.

C: How would you describe the boundary between functional art and collectible design? Where do you situate your practice between those two?

AJ: The boundary between collectible design and functional art is very thin, indeed artists such as Donald Judd produced furniture (especially for his foundation in Marfa USA) and designers such as Ugo La Pietra designed lighting in the ’60s that could be qualified as Kinetic art,  this mix of genres could mislead an uninitiated audience.

For me the border lies in use, a design piece remains functional. Even if the shape takes pre-eminence over the ergonomics, the object continues to have a function (chair, table, lighting, ….) and brings a user to its purchaser.

I will take as an example the chair CB01 by Johan Villadrich which despite its sculptural forms remains a seat. A functional work of art as for it has the only function to bring an emotion or interrogate the one who observes it.

AJ: I have the utmost admiration for the work of Aldo Bakker, whose minimalism is full of poetry. I was very impressed by his last show at the Carpenters Workshop Gallery in Paris.

We also have the chance to accompany Anthony Guerrée, a young Parisian designer recently appointed as creative director of Habitat whose pieces reveal real originality and a rare requirement and specify in the finishes. In short a young talent to follow! We have a great respect for the work of Maniera Gallery who has established itself in a few years as one of the world leader gallery. Their selection of artists and artworks is always an inspiration for me. I also do not forget the incredible work of Lionel Jadot who made “a tour de force” in creating this incredible incubator of talents that is Zaventem Ateliers 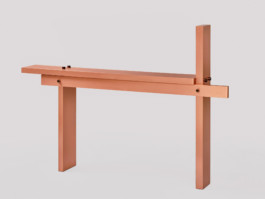 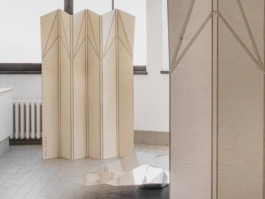 Built by architect Victor Bourgeois for his friend and sculptor Oscar Jespers, the workshop was a popular meeting place for the European artistic avant-garde at the end of the 1920s. In 2015, Jean-François Declercq decided to turn it into an arts centre, a space dedicated to encounters and exhibitions. Under the name Atelier Jespers the house returned to its initial mission: presenting art. 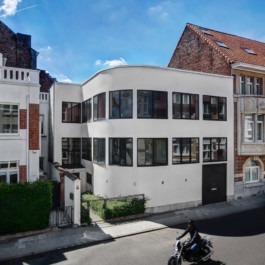